Michelle Obama will run for President in 2024, and base her candidacy on a life story that is more racially divisive and very nearly as fictitious as that of her husband Barack….   Director

Joel Gilbert is a documentary film maker based in Los Angeles and President of Highway 61 Entertainment. Gilbert is a graduate of the London School of Economics and George Washington University (MBA) and is a political commentator and foreign policy analyst. He has produced documentary feature films on Barack Obama, Dreams from My Real Father, American politics, There’s No Place Like Utopia, Donald Trump, Trump: The Art of the Insult, and investigative journalism including, The Trayvon Hoax: Unmasking the Witness Fraud that Divided America. Gilbert has also produced films on Middle East history and politics including Farewell Israel and Atomic Jihad. Other films feature music icons Bob Dylan, Inside Bob Dylan’s Jesus Years and Bob Dylan World Tour 1966 The Home Movies, as well as mockumentaries on Paul McCartney, Paul McCartney Really is Dead and Elvis Presley. BIOGRAPAHY  IMDb 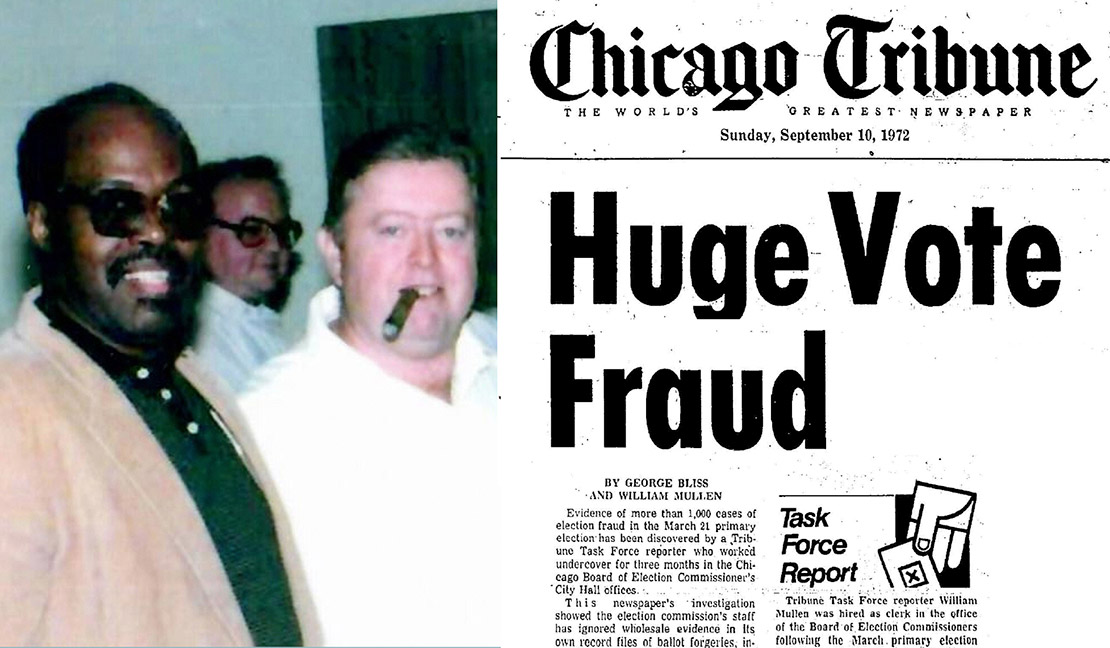 Michelle’s father Fraser Robinson was a precinct captain in Chicago during the massive voter fraud operations of the Democrat Party in the 1970’s. 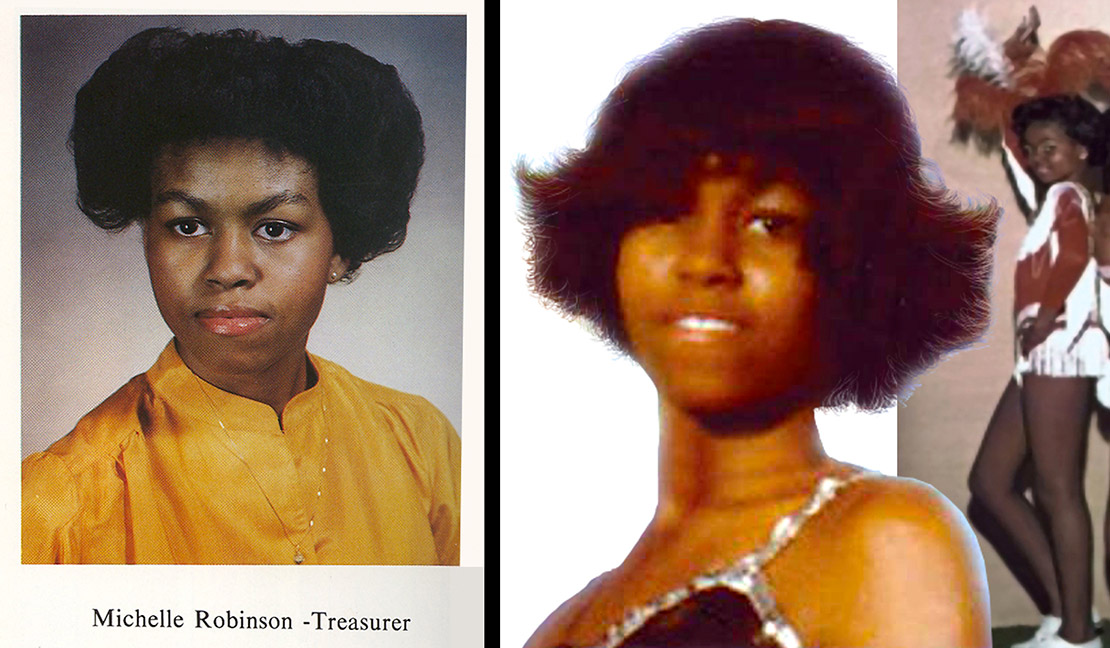 Michelle Robinson Obama was class treasurer at Whitney Young High School (l), and (r) trained as a dancer in jazz and tap from age 7 at The Mayfair Academy of Fine Arts in Chicago as part of a very privileged childhood. 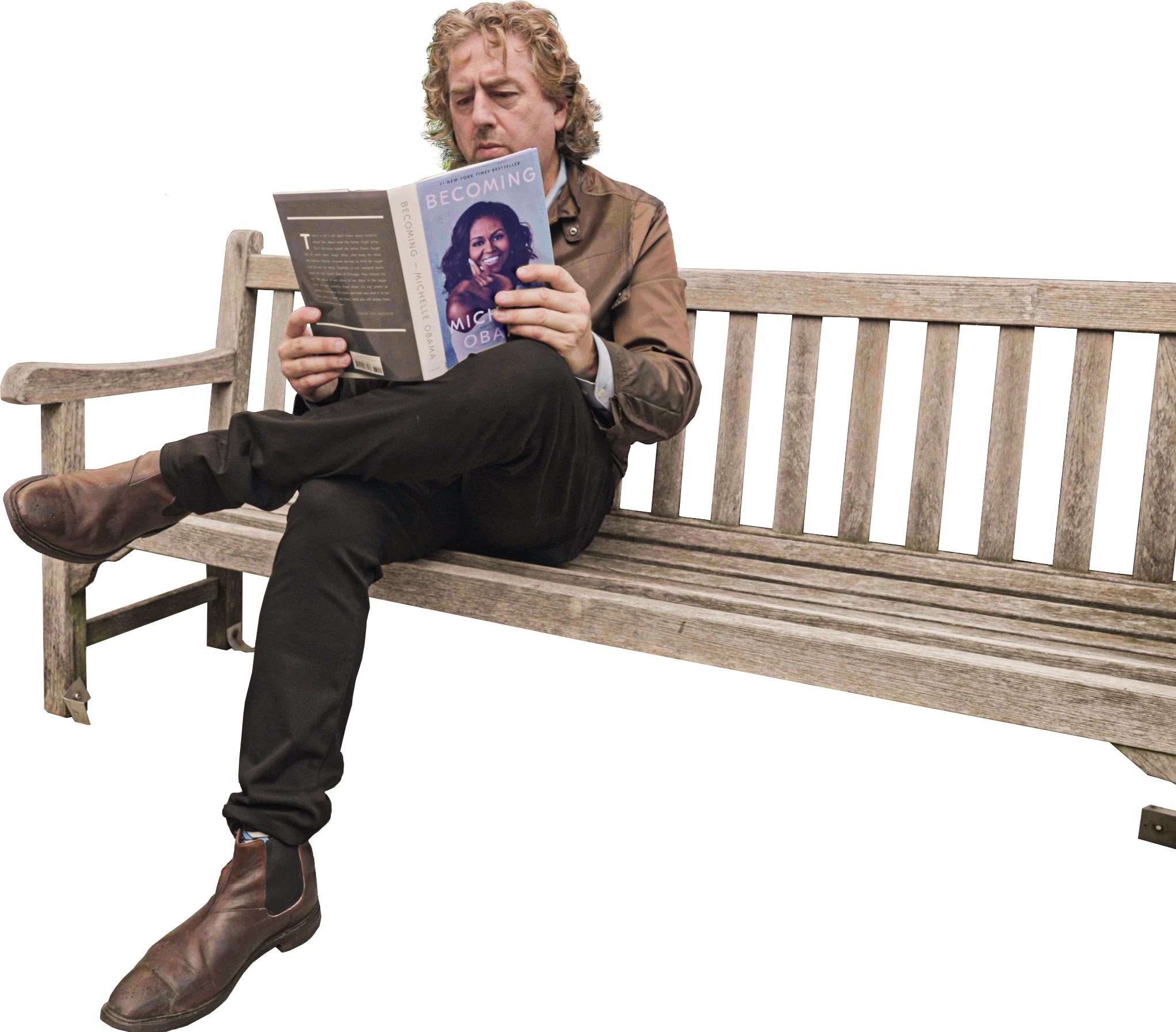 What are the signs Michelle Obama is running for President in 2024?

There are many. Michelle is following much the same formula Barack Obama followed to become President. Michelle was the keynote speaker at the 2020 Democrat Convention, just as Barack was in 2004. Also, Barack based his candidacy on his personal story, his book Dreams from My Father. Michelle wrote her own autobiography in 2018 called Becoming and went on a national book tour. Becoming is also a movie on Netflix. Finally, Barack started in politics by running a voter registration organization called “Project Vote.” Michelle runs “When We All Vote,” a program designed to position her for a 2024 run.

A total ruse. The “Michelle hates politics” line has been used to hide Michelle’s intense lifelong political activity. Michelle is all politics all the time, and has been since she was a child tagging along with her precinct captain father, a loyal foot soldier in Mayor Daley stunningly corrupt Chicago machine.

Does Michelle’s best-selling memoir, Becoming, provide a true insight into her life?

No, only half-truths. When I read Becoming, I saw it as a political document intended to set up her 2024 presidential run. Throughout the book, Michelle promotes an image of herself as a simple “South Side Girl,” one whose neo-log cabin upbringing left her vulnerable to all manner of racial discrimination. This imagery disguises her privileged childhood and political family background. Michelle Obama will run for President in 2024 and base her candidacy on a life story that is very nearly as fictional as that of her husband Barack.

What did you learn about Michelle’s claims of witnessing “white flight” in her childhood neighborhood.

Total BS. Ironically, it was Michelle and her brother Craig Robinson who ran away from the Black community. Beginning in kindergarten, they fled from the neighborhood public schools and found refuge with Whites and Black elites in private Catholic and gifted schools far from where they lived. To the degree Michelle suffered racism as a girl, it was inflicted by other Black girls who taunted her for “talking White.”

Is it true Michelle’s high school counselor racially profiled her as Michelle has repeatedly claimed?

A race hoax a la Jussie Smollett. After much digging, I identified the counselor Michelle has defamed, Nan King. King, a Black woman, was a church going Baptist and an assistant principal. While she likely warned Michelle that she her grades or test scores might not get her into Princeton, the racial profiling smear by Michelle is absurd. At Princeton, a struggling Michelle fled to sociology and Afro-American studies. I had long talks with Michelle professor and thesis advisor and reveal a shocking new take on Michelle’s Princeton years.

Is there anyone whose influence on Michelle should cause us alarm?

Michelle’s relation with the Rev. Jeremiah Wright is well enough known. What I have newly exposed is her close relationship with Weather Underground terrorist Bernardine Dohrn. They became close as colleagues at the Sidley & Austin law firm in Chicago. Michelle, in turn, recruited Dohrn as the first sponsor in her Public Allies program and recruited Dohrn’s husband, Bill Ayers, to speak at the University of Chicago when Michelle worked there. Until Barack’s senate run in 2004, the two couples dined together weekly. Among other things, Dohrn taught Michelle about “the politics of fear” which Michelle repeated almost verbatim on the 2008 campaign trail. Michelle continues to preach “fear” to this day.

What was Michelle Obama’s relationship with the Black community in Chicago as a professional?

What did you learn about the “Imposter Syndrome” as it relates to Michelle.

Michelle is a self-admitted imposter. She has a psychological dark side that drives her to seek more and more power and influence. In my book and film, I reveal how her deep feelings of inadequacy are compelling her to run for the presidency. If elected president, her need to be accepted by her “the club” will push her into the arms of global elites, and God help us all.

Director Joel Gilbert holding “POCKET MICHELLE OBAMA Wisdom”, one of the many “cult of personality” books about Michelle Obama in Barnes & NOble.

Michelle at Princeton and Harvard University 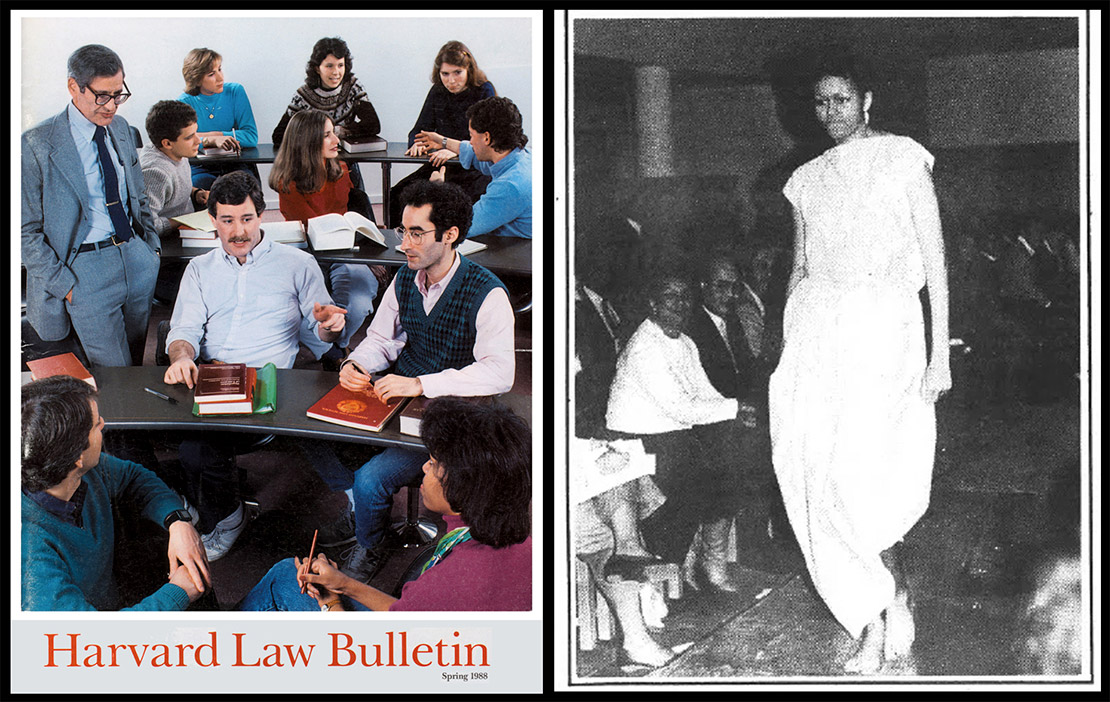 Michelle Obama (l) on the cover of Harvard University Bulletin in 1986 and (r) modeling at The Parade of Fashion at Princeton University in 1985.